Esports fan Teemu Koski was one of the top salespeople at Elisa stores – now he heads up the internationally expanding Elisa Esports business.

Electronic sports – esports – have always fascinated Teemu Koski, and he has been playing video games competitively since his teenage years. When he was working as a salesperson in an Elisa store three and a half years ago, he would never have believed that competitive gaming could offer him a career, but combining a great attitude with the freedom to push his own vision forward have brought marvellous results.

At that time, Teemu was one of the best salespeople at the Elisa store in Raisio’s Mylly shopping centre, where he had already been working for nine years.

“I had enough experience of sales work to be very good. Good salespeople also earn good money, so I didn’t have any actual need to leave that fulfilling work. But I always said that I was missing something for the next step on my career”, remembers Teemu.

At the same time in 2017, a working group and pilot project were being set up at Elisa’s Helsinki headquarters to study whether there was good growth potential for esports to become a viable part of Elisa’s entertainment business. Thanks to his enthusiasm for gaming, Teemu asked to be part of the team.

Then one thing led to another, and today Teemu is Head of Elisa Esports, heading up a team focused on producing scalable esports broadcasting, tournaments and events for international markets.

While the project was going on, esports had grown to become as popular as football or ice hockey. These days, many people who are interested in football or hockey only really pay attention to the large tournaments, but esports players and fans follow their sport’s matches weekly, or even daily. There was considerable growth in the sector and great potential, including from the business perspective.

Initially, Teemu worked on the Esports pilot project for a year, with the idea of returning to the store in Mylly once the project was over. But right from the start, the Elisa Esports project showed such great potential that the decision was made to keep it going. Teemu quickly became the development manager, and his days as the top salesperson in Raisio were behind him.

Elisa Esports began as an internal startup company. Since then, Teemu has been working in his dream job: growing the Esports business and turning that potential into reality. 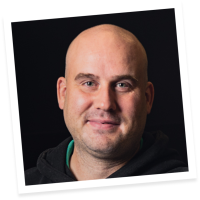 “Since autumn 2020, I’ve been working full-time as Head of Elisa Esports, leading the business. The role involves a great responsibility to grow this into an even more viable business”, explains Teemu.

Teemu leads the entire Esports operation, including communication and marketing alongside sales and production. Today, Elisa Esports is navigating the challenges of an esports sector that is struggling through growing pains, while seeking international growth.

“I’m already infinitely proud of our growth so far. Because Elisa gives me the freedom to develop, create and move my vision forward, Elisa Esports has grown in just three years to a place where it offers career opportunities, employs freelancers and brings significant value to Elisa’s business operations”, says Teemu with a smile.

With the right attitude, you can achieve anything if you want it enough

How has Teemu achieved such impressive professional growth in such a short time? The most important factor is that Teemu actually asked to be involved in the project and always presents an energetic and positive attitude. And in this case, Teemu’s background in gaming was also a professional advantage.

“I’m relentless, and by nature, I’m the kind of person that has a strong desire to prove to myself what I’m capable of”, says Teemu.

“The most important thing about this journey – and the thing I really love – has been the growth in my own skillset. I had no previous experience of developing business operations, but still I’m heading up international business operations. I’m proud of that. Now the career opportunities in Esports are attracting other people – even ones who have never played or followed esports themselves.”

Many people are seeking careers in esports as it is a business of the future. People often ask Teemu how they can have a career in esports. Teemu has recruited as many of the specialists in his team from the network of people he met at LAN parties in Finland as he has from traditional recruitment channels.

“My own thinking is that if you want something enough, you can achieve it. It’s my own efforts, work and strong desire to make progress that have got me where I am now”, says Teemu.

Teemu has no plans to stop, either. Elisa Esports is setting out to conquer the world. International growth imposes growing demands on the skills that the Esports team needs.

“Ten years ago, we were still holding LAN parties in gyms, but now we’re playing in large arenas. It demands a great deal of infrastructure, which means that we need know how to arrange and broadcast these tournaments, as well as having the skills to set up the necessary infrastructure, automation and much more. And everything needs to look better than before”, Teemu explains.